Mild weather conditions again today had me heading off to the sheltered tannin water in the bush, the same little stream I was in a few days ago. This time I started fishing the stream close to where I ended the spin session last time when I managed to catch and release five wild browns. It was 3:15 pm when I hit the light tannin coloured water that had filtered sunlight on it, the lure of choice was a Mepps gold #00 Aglia. This time it's not the old well used one like I normally use, this one has only been used a couple of times. It took me twenty minutes before I had my first hit from a trout in a small pocket of water, it was hooked for a short time, it tossed the lure on the first leap from the stream. A little further upstream I had a hit and miss from another brown, not long after that it was trout on.

A nice medium size brown took the Aglia spinner no sooner than I had cast it into a deep dark pool next to a log jam. That trout made it into the net, forty five minutes into the session my first trout was landed. I moved into a long waist deep stretch of water, one I was confident of catching a trout or two in. Well, how disappointing it was, by the time I had reached the top end of it I had not had a single hit from it. From here on there was a mix of fast flowing shallow runs, several slow flowing knee deep stretches of water and a few log jams. It was the knee deep runs where I thought I'd have the best chance of picking up a few more trout. What trout were in the majority of water I fished were not all that aggressive, in fact they were only coming up behind the spinner and having a light nip at it before darting off. This happened on so many occasions it became frustrating, I was close to spitting the dummy a few times. Finally one decided to take the spinner after I had enticed it into it by twitching the rod tip and dropping the spinner to make the blade flutter. It had taken fifty five minutes to catch my second trout of the afternoon. The wait was worth it in the end, even though it wasn't a large fish it was in top condition and weighed 330 grams. A little further up I had another couple of hits without hooking a fish, it was time to head back to the car. Looking upstream I couldn't resist having a few more casts into one more stretch of water, I'm glad I did, I caught the trout trout in it, now I could head back to the car. Had I caught every trout that nipped at the lured I could have ended the session with a better tally of just three trout. The stream here hasn't changed all that much from when I fished it six or so years ago, it still looked the same as I remembered it. The only difference is the lack of trout in it from what we're here all those years ago. On a good note is that there are trout, even though they're in small numbers they will increase as time goes by. The late rains we've been having throughout the last few months has helped too, if we have follow up rains throughout December & hopefully January that should be enough to get them through the Summer. I have seen quite a few small trout in here and the ones I caught and released have all been adult fish that will continue to spawn in this stream. 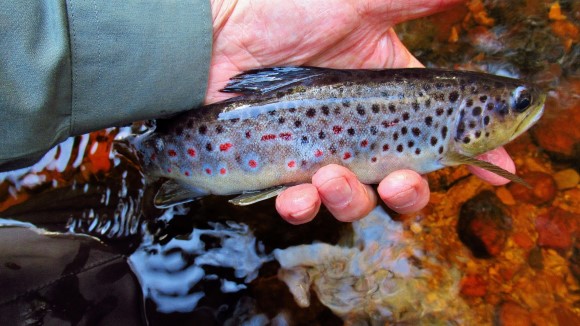 The third trout is about to be released 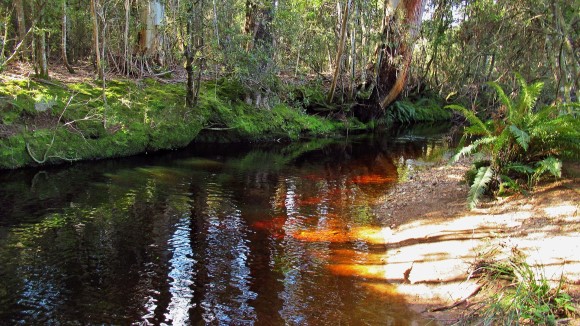 A good spot to bait fish for Blackfish 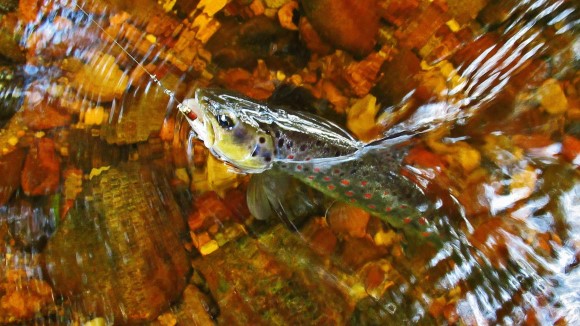 Another trout that fell to the Mepps Aglia gold 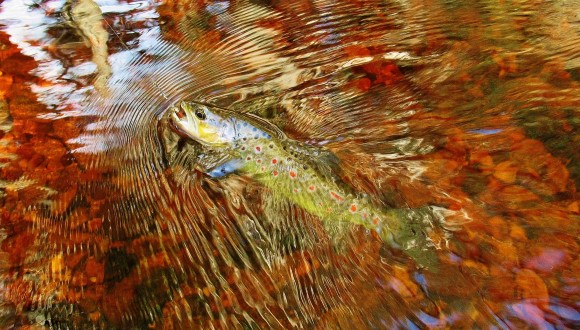 First trout of the afternoon 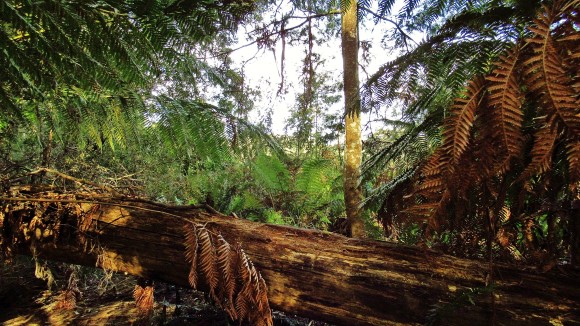 Now to find my way out of here 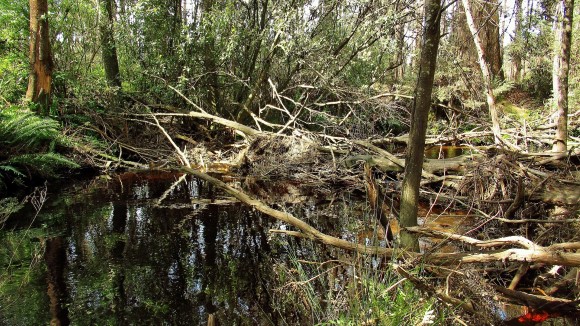