How many Tasmanians go fishing each year and what do they catch?

The results have been released for Tasmania's latest statewide recreational fishing survey. Conducted every five years by the Institute for Marine and Antarctic Studies the survey assesses key trends in catch and participation.

The latest findings include:

· Flathead was the most popular recreationally caught fish with 1.7 million caught and 56% released;

· Other important species were Australian salmon, trout and squid; and

Summer fishing at a glance 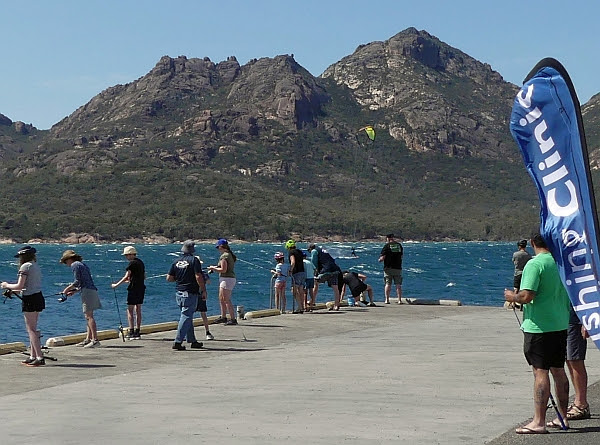 Free fishing clinics were held around the state in January to encourage kids and families to try fishing for the first time and to teach responsible fishing practices. Here are the outcomes:

How many clinics were held? 15 clinics around the state from Dover to Devonport including three for multicultural fishers. 330 people attended.

How many fish were caught? Around 200 including flathead, salmon, mullet, cod, leatherjacket, bream, gurnard and mackerel. Most were released to be caught another day.

Biggest fish? A bream caught at Dover, about 40cm.

Recreational Fisheries Section, DPIPWE
Phone: 1300 720 647
Email: This email address is being protected from spambots. You need JavaScript enabled to view it.
Web: www.fishing.tas.gov.au