The Northern Recreation Day Long Weekend has come and gone. Our Officers were out on patrol and witnessed some fantastic catches from many of our inland waters.

On the angling front, Lake Rowallan provided some nice catches, particularly around the southern end of the lake. Hard body lures and green and gold cobras appeared to be providing the best results. Good fish were also taken by bait fishermen using worms throughout the day.

Woods lake fished very well also, with all methods of angling successful. Fly anglers would be excited to know that there were quite a few duns on the water on Saturday in the south western corner of the lake. Lure anglers did well right around the lake, with gold and black cobras accounting for many fish. Lure fishing appeared to be best before 10am and after 4pm, with quiet patches throughout the middle of the day.

We have had numerous reports that Arthurs Lake was starting to fish well and on the weekend some nice trout were caught around the Lily Ponds and in Cow Paddock Bay. All methods of angling proved successful, with some fish taken weighing more than 2 kilograms.

Penstock Lagoon fished well, with wet flies bringing many brown and rainbow trout into anglers bags. Nymphs and bigger wet flies accounted for most of the captured fish. Anglers also reported many fish in close to the shore at first and last light.

Spin fishermen on the shore of Great Lake did well on the windblown margins and around the beehives. Black and gold Ashley spinners proved to be highly successful. There were also some nice fish taken on worms in Swan Bay.

In the Nineteen Lagoons plenty of tailing fish were keeping fly anglers occupied, although they proved to be difficult to catch. Anglers fishing hard body lures and soft plastics at Lake Ada and Lake Augusta caught good numbers of fish also.

In all we inspected 176 recreational anglers and 48 vessels. Compliance with inland fisheries and boating safety regulations was quite good, with only one infringement notice issued for fishing without a licence. Five conditional cautions were also issued. 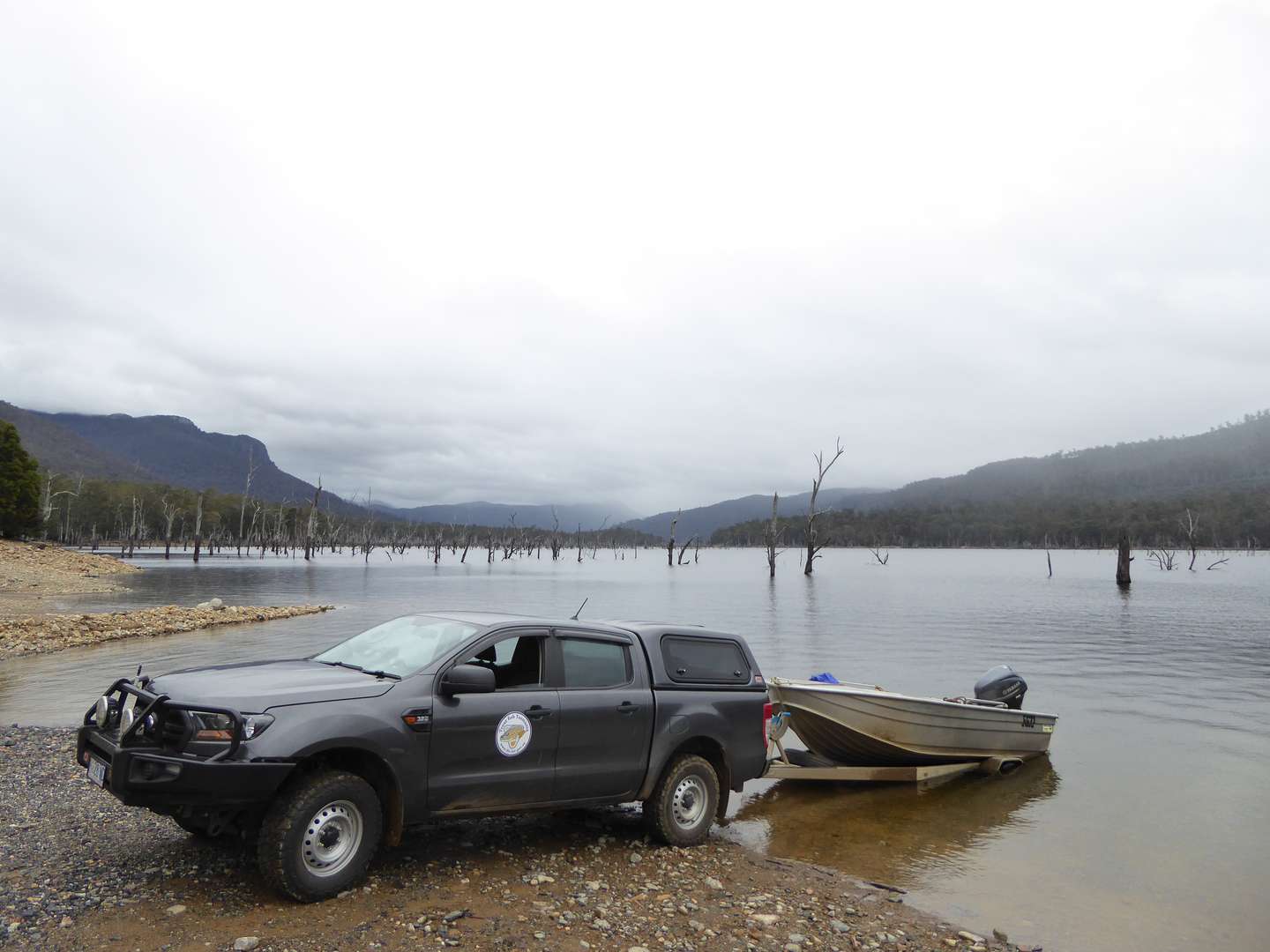 Launching for a patrol on Lake Rowallan