The IFS recently undertook an in-lake survey at Curries River Reservoir in the states north east. The reservoir is located just off the B82 between George Town and Bridport and was built in the late 1970’s as a domestic water supply for Georgetown.

The IFS have been stocking the reservoir since the 1980’s and it is currently managed as a trophy fishery. In 2019, 400 rainbow trout and 1,175 fin clipped adult brown trout were released. The fin clipped fish were released to form the basis of a population estimate based on recapture numbers and will give us information on growth rates if surveys are conducted at the reservoir in future years.

While the final results from our survey are currently being analysed, results appear to indicate that the existing population of trout is quite low. In total over the two days using 80 traps, 97 brown trout were captured with 83 having fin clips which represents 87 percent. Over both days, 4 rainbow trout were captured. All of the fish were in good condition and the presence of large numbers of galaxiid suggests that trout should put on weight quickly.

Our traps were set in shallow water around the periphery of the reservoir and the number of fin clipped fish captured (83) was unusually high. This suggests the fish are feeding around the edges and are therefore easily accessible to anglers. In other words, while the population may be low, the fish are easy to access. Water quality and weed growth is excellent making for an ideal habitat.

Those fishing the reservoir during our survey reported good numbers of fish being caught and suggested that it has performed consistently since the season opened.

Being located almost at sea level, Curries River Reservoir provides a warmer alternative to highland lakes and at this time of year can provide more consistent fishing. If you would like to see more in depth results on the survey, keep an eye on our web site over coming weeks.

A brown trout from the recent survey at Curries River Reservoir 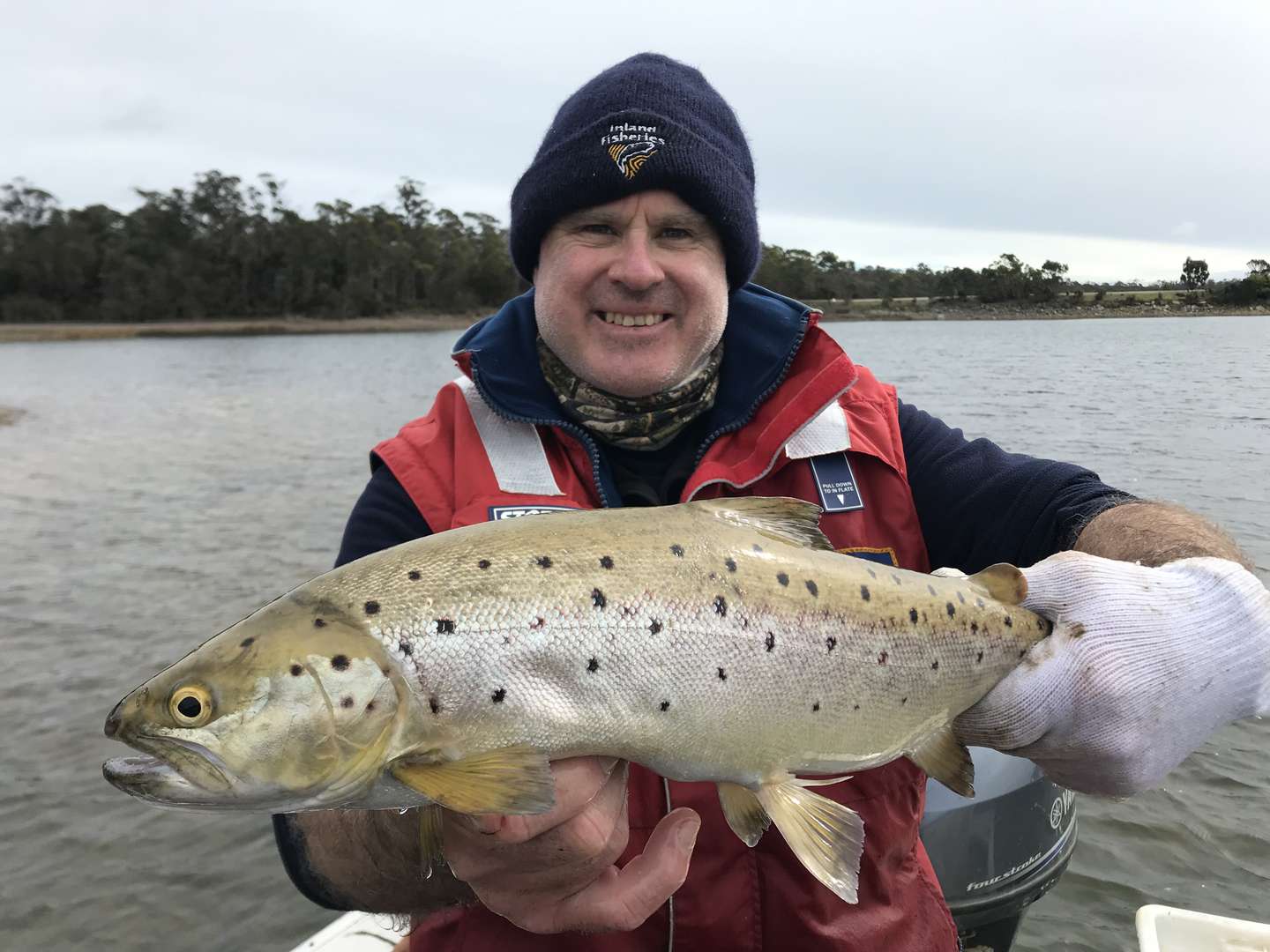