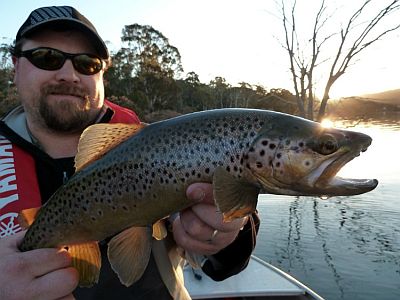 Hi. I recently had the opportunity to fish Arthurs for the first time this season in the company of my mate, Marcus, who made the trip up from Smithton to try his luck on some Highland Trout. After meeting Marcus at Deloraine to save him the extra drive into Launceston, we unloaded my gear into his little Edgetracker and set off up the Mountain. The weather forecast for the day looked promising with only light South-Westerly winds.... so my expectations of the fishing ahead of us was fairly high!


Upon arriving at the Pumphouse boat ramp, we were confronted with winds of some 15kts stronger than the forecast had predicted, so we headed up to the shed to unpack, rig up and access the situation. Due to only fishing out of a fairly small vessel, I made the decision to head to a sheltered shoreline on the South Western side of the lake and solely fish this area for the afternoon.

We had our first casts at around midday, and had a consistent bite from here on in throughout the afternoon. Our technique used to fish this shore, was to slowly track parallel along the shore with the electric motor and flick Yep Flappers into the small pockets of open water between the flooded sapling Gum trees..... which paid off!

First cast and I came up tight with a healthy, fat fish which put on real display, spending plenty of time in the air! Next cast after I released this fish, I was on again, but to only pull the hooks as it also made multiple jumps and spat my lure back in my direction. My mate soon got on the board after this with a very healthy specimen of his own. We proceeded to fish this approach for the next hour of so and put 7 fish in the boat in no time, but also dropping around the same amount! All these fish were all very similar in size and condition and would have weighed around 1.5 to 2lb.

After a bite to eat and a cool drink to wash it down, I decided to head to a area not far from where we were already fishing, as this spot usually holds better size Trout when the water levels permit, and sure enough they were in there and ready to play! Our technique was similar to the previous, but this time we allowed our plastics to drop into the deeper water and we fished them with the (lift and drop) technique. This proved deadly and we managed to put another 8 solid trout in the boat during the last couple of hours of the fading afternoon light. So all up 15 fish between the two of us for the arvo was a a great few hours spent on the water. All fish were in fantastic condition which reflected on how well they fought in among the flooded vegetation.

The most productive Yep Flappers were the- Black & Gold & Smoke Cloud and also managed a couple on the Red Rascal. 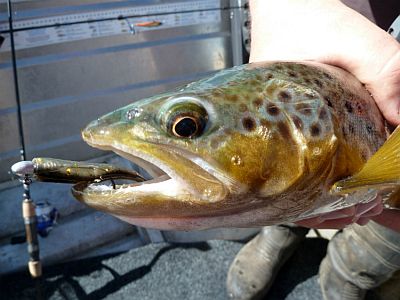 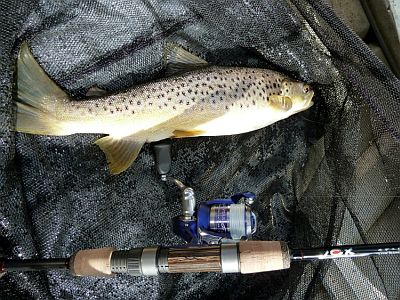 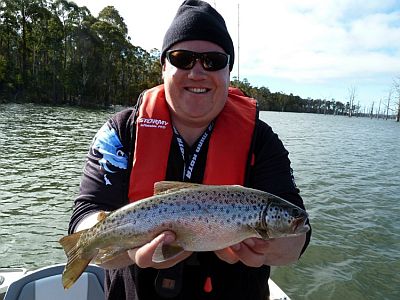 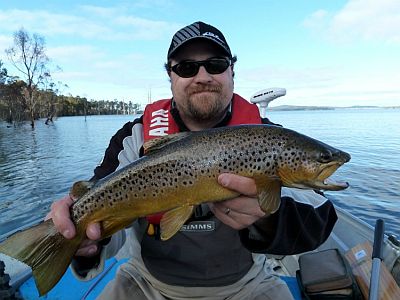 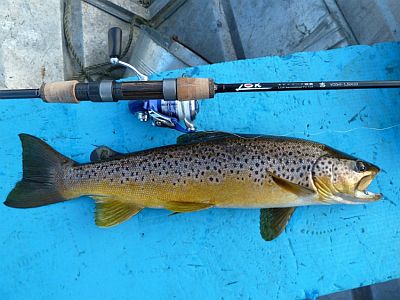 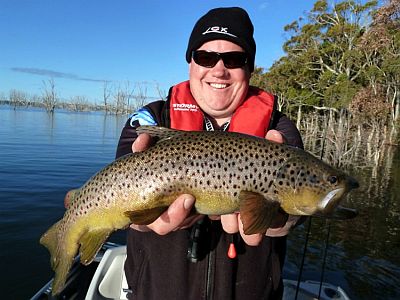