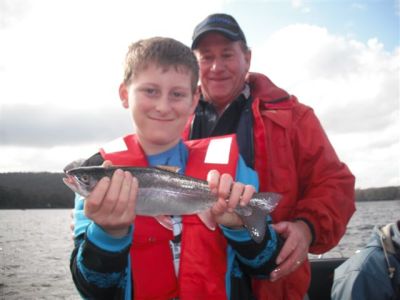 A few of my mates and myself  decided to have one final fling before  "Seasons end" ,  organizing a BBQ, casual day out and any fish we caught ....would be viewed as a bonus.

Reports have been filtering in for a couple of week's that Tooms is back , or at the very least, "on its way back" and after hearing a report two weeks ago that one angler caught and released 60 in a day (that's right 60!!) we felt we had to see for ourselves.

We also heard that the locals were catching fish up to 7 pounds on more than one occasion and that "secrecy" was the key word in that area at the moment amongst the locals.

In short we were not disappointed, our parties caught 11 for the session,  (many released ).....most were rainbows .

Given the fact that due to the strong North Westerly blowing over over heads, we were very limited on where we could venture safely, so we were forced to hug the Western shores of the Lake.

Big fish? have a look at the photos below, ....these are all decent fish in our book.

Lures?  we have no secrets, Berkley T  Tail's and the "Yep Smoke cloud" (this alongside the "Yep Red Rascal" are the most underrated soft plastic's in the state I reckon)....try them in the pre rigged or the ones where you have to add the jighead...they are dynamite !!! 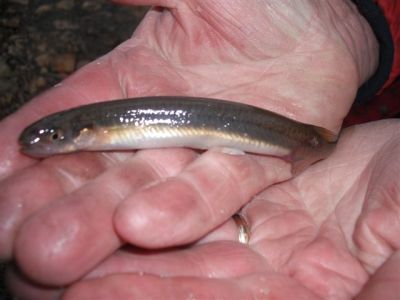 I have included a picture of a local Galaxia that are everywhere on the shorelines and you can see why we matched the hatch!!

With Winter all but here and more than likely, heaps of freshwater on its way, Tooms is looking the NUMBER ONE spot to head next year, although the water is still dirty and the weed growth is low, these little fish  (Galaxia"s )....are everywhere ,  you dont have to be a rocket scientist to know that the Trout are going to be on them "big time" at every available opportunity.

Speaking of  Trout, those caught today where in top nick.... so its all looking good.

Thanks to Jim & Virginia Mckenna, Jamie & Patrick Morehouse, Travis Preece, Mark Tapsell and my son Jacob for a seasons end to remember. 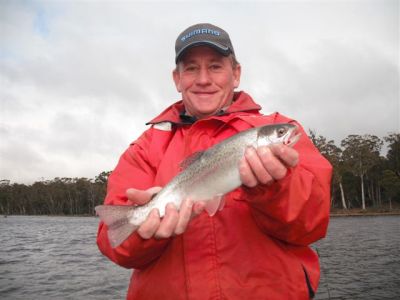 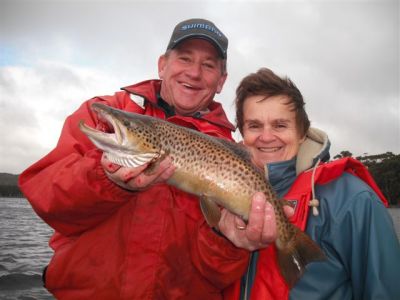 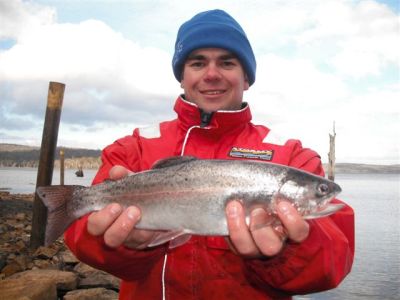 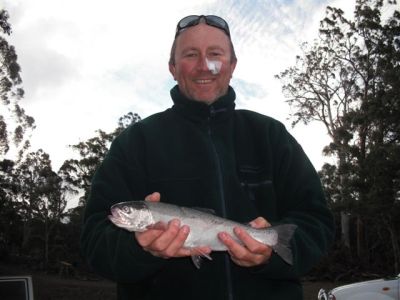