Chasing trout in the Meander River and a small creek

Another mild overcast day had me heading off to the Meander River chasing trout and if they weren't there then I'd shoot on over to Western Creek and give that a go on the way home. It wasn't an early start this morning by any means, by the time I arrived and had a 1.5 kilometre walk to the river it was just on 8:35am. As I approached the river I could see it was running nice and clear but the river bottom wasn't looking good for spin fishing, it was covered in green algae. The fishing was pretty slow going with no signs of a trout and with the little Mepps gold black fury continually becoming fouled with the algae it wasn't looking good.

It took just on thirty minutes when I caught my first trout of the morning, a medium size brown that I lured away from a flat water near the opposite river bank. It's always a relief catching a trout when there hasn't been any signs of them for a while, it's makes one wonder why they're not here like they once were. They used to be in good numbers here, the area I'm fishing is one where I averaged a dozen trout per trip & now I'm battling to catch three most on trips. It wasn't until I was close the area I had to get out & bypass a long deep stretch of river when I caught my second medium size trout in the last of the fast waters.

Once I had bypassed the long deep stretch of river and hopped back into the shallow medium flowing water the fishing didn't get any better, in fact it was worse with just the one trout seen. I fished around on five hundred meters of river for a big fat zero. I'd had enough of wasting my time here, the move was on, it was back to the car & off to try a small creek on the way home. On the way to the creek I was hoping there would still be enough water flowing in it because it does drop to a very low level due to lack of rain. It was at a good height the last time I fished it nine days ago, we've had a little rain since then. When I arrived at the creek I found it was a little on the low side but still enough water flowing to be holding a few trout in some of the deeper runs. I started off using a #0 Aglia brown spinner here mainly because the water was slightly cloudy and the Aglia has a wider blade than the black fury so there'll be more vibration from the spinner blade as it rotates through the water.

That will be picked up by the trout as it's retrieved through the water. It wasn't very long before I had a medium size brown take the spinner, the trout put up a good tussle too. After the release of that trout I had a few follows but no takers, the trout were here just not aggressive. It was off with the Aglia spinner and on with the small floating ghost brown lure that worked on the trout on the last trip here. I picked up another three nice browns on it all of which were in and around the 300 grams range. After that I had a couple more follows before calling it a day, my lower back & hips were getting too sore to push on any further. With just the six trout taken all up for the day it wasn't what I'd call a great spin session, but still good I that I managed to catch what I did. 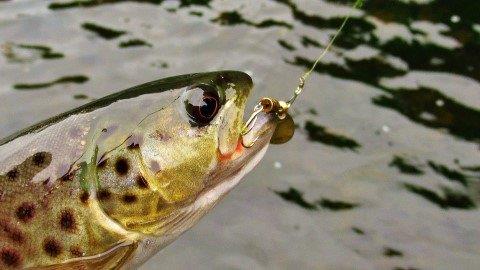 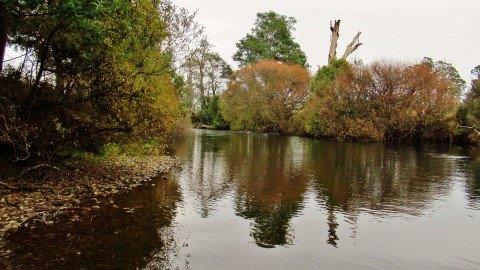 Autumn colours on the river 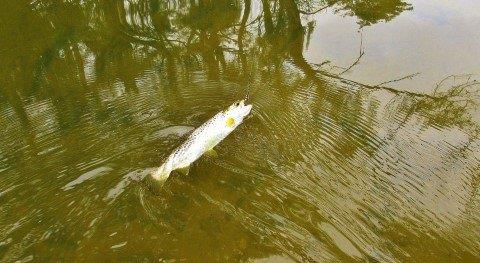 First trout taken in the creek 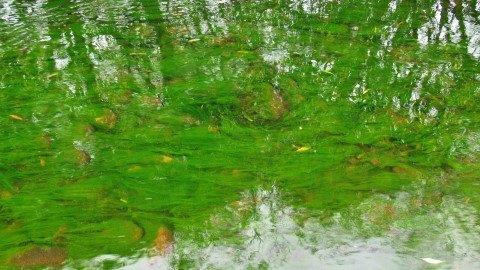 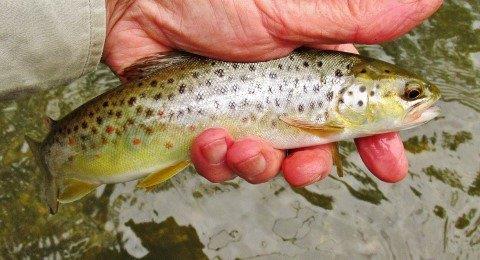