I headed back to the Meander River again this morning to fish a stretch of river I haven't fished for quite some time mainly because it's pretty tough on the body. Seeing as the fishing has been reasonably good over the past few trips to this river I thought this area is probably worth putting up with a bit of pain. The weather was ideal again with hardly any breeze and a cloud scattered sky, couldn't have asked for better conditions.

I was in the river by 8:00 am and started off from the shallow LHS of the river and cast the little ghost brown up and across the river with a slow to medium retrieve. It didn't take very long before I had my first strike, one that I missed. A little further up I had a small brown take the lure, it was gone as quick as it took the lure. The only good thing about not catching both of those fish was that at least the trout are here, it's only a matter of time before I'd have one in the net. Well, it wasn't all that long (8:40 am) when I picked up my first brown a little further up the river, this solid fish was taken from under overhanging foliage in the shallows on the LHS of the river.

I had reached a long medium to deep stretch of river, here I picked up another brown from three hookups before it became too deep to wade and I had to get out and walk a short distance before hopping back in the river. This long stretch of river is where the body takes a bit of a hiding, not so much over the first one hundred meters or so, it's the following one kilometer of river after that which takes it's toll on me.

It's just a matter of taking it slow and easy and that's what I do in these rocky fast water stretches... The long slow flowing stretch of river gave up three well conditioned browns before I moved into the rocky fast water. I missed three fish in a row so I changed the lure to another identical ghost brown hard body, one that hasn't been used as much as the one it's replacing. That did the trick, I caught and released another seven beautifully conditioned browns after that. One brown that was hooked and I didn't get to see the size of it peeled a lot of line off the spool before I lost it. On checking the small trebles after I found one hook straightened and one broken off.

May have to up the hooks size as the ones on these lures are very small and straighten out quite easily... Most fish were taken in twenty minute intervals with a couple within ten minutes of each other. I did hook and lose three others and I lost count of the hit and misses I had over that one kilometer stretch of fast water. Even better, my body stood up to it as well, probably due to chewing a couple of pain killers five minutes before entering the fast water.. I finished the day releasing eleven of the twelve browns caught today, sadly I had to keep a 640 gram brown due to gill damage.

That trout went to the grandson, a lover of fresh trout. Fifty percent of the trout caught were really aggressive while the other fifty percent were quite fussy and had to be enticed into taking the hard body lure. In all it was another good session on the river and it will only get better from here on I feel as the trout become more aggressive as we get more into Autumn and the cooler days. 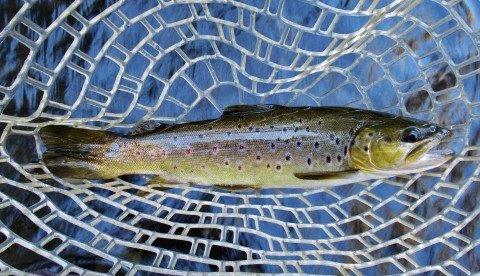 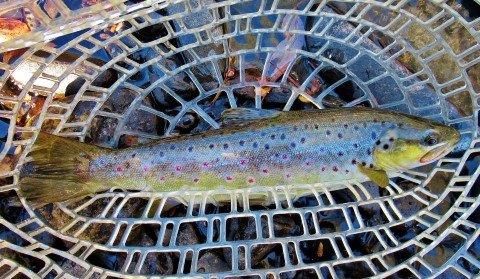 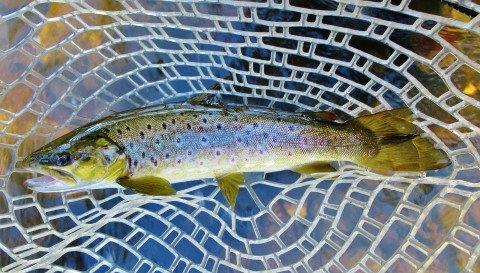 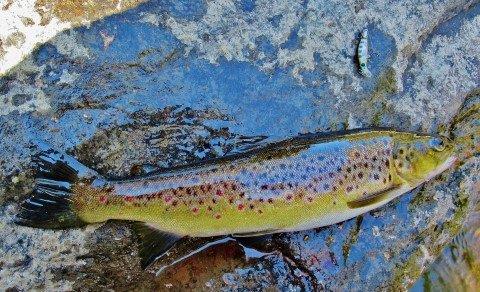 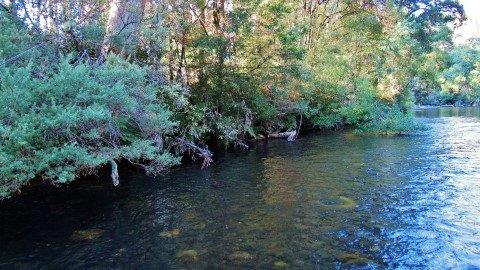 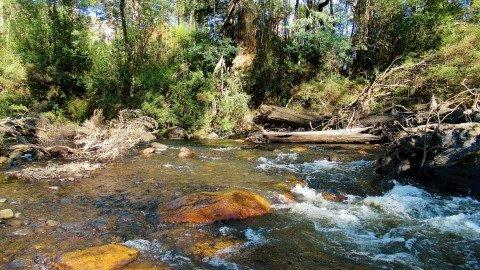 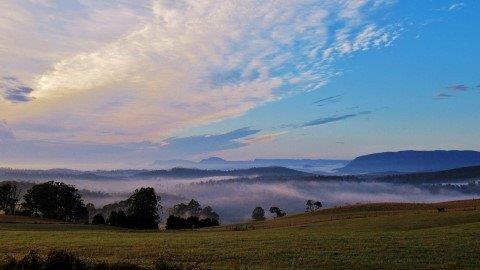