With some light cloud around this morning I thought I would head over to the Mersey River and have a short spin session before the sun burnt the cloud off. Conditions were quite nice with hardly a breath of wind and the river was at the perfect wading height. As I entered the river (7:40am) I noticed a few trout on the rise just ahead of me so I flicked the Aglia Furia well past the fish and retrieved the spinner back a little faster that the flow.

It didn't take long before I had a bow wave appear behind the lure and it was fish on, very first cast I was onto a fish. It played merry hell as it made several runs every which way as well as taking a few leaps from the river before I netted it. Great way to start the session with a well conditioned 430 gram brown on the first cast of the morning. I had a few more follows after that in the same area but no takers so I decided to bypass the long slow flowing water and concentrate on the fast water runs.

I was very careful not to fall in as I neared the same area where I took a dive & drowned my camera on the last trip here. That day I didn't get to fish the fast water runs at all, today's another day and this time I made it. It was here I went for a change of lure, the Aglia Mouche Noire went on and it only took a few casts when I had a beautiful rainbow trout take it while using the drift with the flow method. This was one solid fish that really fought hard and stayed deep in the fast water holding itself sideways in the current.

After a minute or so I thought I had it under control, while holding the rod in one hand I went for the camera which took me around thirty seconds to get out, then it happened. The rainbow gave the lightest head shake I've had from any fish and out popped the lure, the trout was gone in a flash. I did do a bit of cursing when it happened, no fault of the fish getting off at all. The fault was the fool holding the rod that was the cause of losing what would have been the best rainbow for the season so far, a fish of around 600-700 grams.

I should have just bought the fish into the net then got the camera out and taking a photo, not worrying about doing a video clip.. So after forty five minutes of fishing I still only had that one brown for the session, it was time to move onto the next fast water some two hundred meters ahead of me. After quick bit of bush bashing I was soon back in the river where I had two follows from a decent size brown, but he was only window shopping today. It was time for another change of lure, the #1 (3.5 gm) stone fly Bug spinner was the one I decided to use. I had a few cast and drifts across the river without getting a touch until I cast the spinner up and across close the opposite river bank.

It wasn't until the lure had reached the edge of the fast water mid stream when it was taken by rainbow. This fish wasn't anywhere near the size of the one lost earlier but it was still a solid fish. After a short tussle I soon had it in the net, this time the camera stayed in the waders until it the fish was safely in the net. After a photo and a short video clip the 410 gram 'bow was back in the river and on it's way.. A little further up I caught a nice 325 gram brown, then in the next fast water run I caught & landed my second rainbow for the session.

This rainbow like the last one put up a great battle all the way to the net, it was a smaller 330 gram fish. I had finally reached the end of the fast water then had a couple of casts into the tail end of a wide shallow slow flowing stretch of river and was lucky enough to pick up another well conditioned 315gram brown trout. The sun had been on the water for an hour & a half now and the next fast water was another four hundred meters further upstream, my day was done. As it was I had a 1.5 kilometre walk back to the car where I came across hundreds of grass hoppers during the walk. The trout in the Mersey River are still few and far between like they have been for most of the trout season. 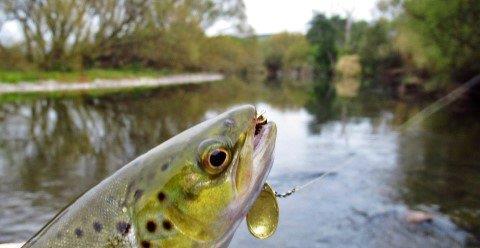 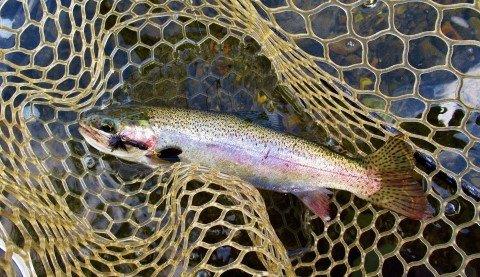 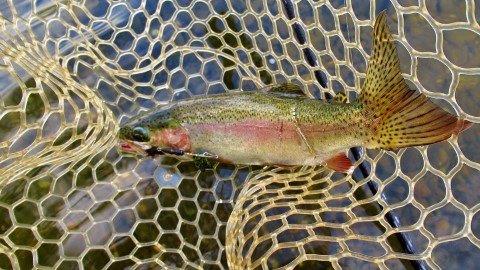 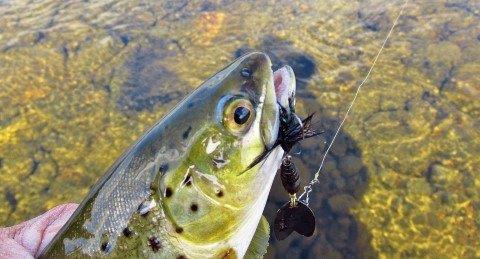 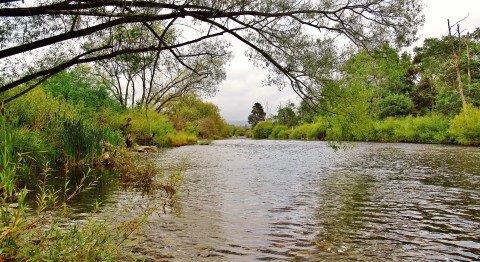 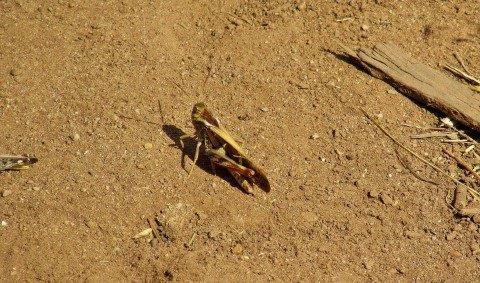