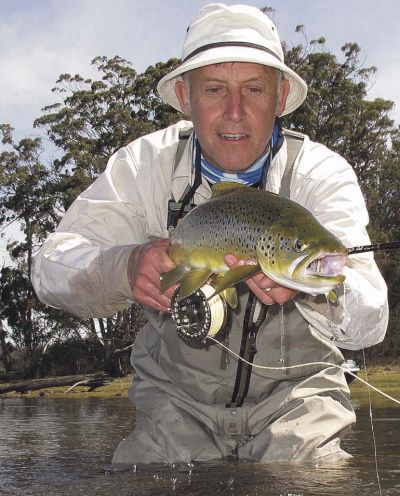 Presented from Issue 113, December 2014
Lake Leake has been a water I have fished infrequently, but for many years. It has great history as a water supply and an up and down ride as far as a fishery goes. I t is smallish and relatively shallow and has in the past hosted some fantastic early morning midge hatches and outstanding mayfly hatches.

Its waters contain brown and rainbow trout, brook trout in the past and many small redfin, plus a few big ones.

A recent trip with a mate Bob started at 3am and 5am on the water. It was filled with expectation of an early morning midge hatch, with rising fish expected all over the lake. That didn’t happen.

So we took it easy for a while and for a couple of hours we drank coffee, had a snack and caught up on missed sleep. We would wait for the dun hatch. Of course it was imminent - we had been told, but that didn’t happen either.

Not to be discouraged in any way we tried dry flies, nymphs under dry flies, and then we got properly serious and changed to sinking lines and started pulling wet flies. Nothing worked – although the wets did get plenty of attention and follows, but I don’t think a fish grabbed either of our flies at all.

A call was made to go to shore for another coffee, so we found a quiet corner and made our way in for another rest. I was watching for rocks so Bob wouldn’t scratch his new boat, but what I saw surprised me. The rocks were moving.

In very shallow water – perhaps 20cm deep there were several fish mooching around. The light was just right, water clear and whilst there was some cloud, the sun was the right angle for me to polaroid these fish.

Whacko, I thought we are on for some fun and games.

We beached the boat without worrying about more rocks and planned on an onshore assault. All I needed was to present any fly in front of the fish and they would turn the water into a washing machine. Wrong again.

Dun pattern on its own first, Red Tag next, large brown nymph, small nymph under dry – all were just as effective - nothing happened. Although one fly did receive a sideways glance – it could have been contempt more than anything though. These fish were not spooked and came and went on their own little beat. One fish even swam under the dry and dragged the beautifully presented nymph along his back and sank the dry. Some of this was going on less than a rod length away. These were fish 3-4 pounds and making us look pathetic.

Righto, I will move along the bank, find a dumb one and show them how good I really am. I saw a couple more in the first 15 metres and then nothing for the next 300 metres. I went back to where Bob was – still in the same place – and the fish were still there – mooching around.

The area looked the same, but perhaps the bottom was a little different. It had a hard mud bottom with just a centimetre or two of silt. It stirred up when walked on, but quickly settled again. So there must be something the fish were finding to eat. Whatever they were feeding on wasn’t fast moving as the fish were not swirling, or seemingly chasing anything.

They were just cruising. Perhaps scud (amphipods) or stick caddis were the preferred menu item so I put on a stick caddis tied by my mate Hughie from Melbourne. I’d had some success with it before.

I put it in front of the next passing fish, and nice as you like it sipped it down beautifully from just under the surface. By this time though the light for polaroiding was nearly gone and cirrus cloud was putting a bad reflection on the surface.

However it was a lesson well learned and as the military saying goes “Time spent in reconnaissance is seldom wasted.” Look hard and look long before barging ahead.

At least we had found some fish and even caught one. We found some similar shore and saw quite a few more fish, but the good light had left us and most fish saw us before we saw them.

I checked the lake level (bom.gov.au under river heights Tasmania) when I got home and hope to get back soon. The level showed Lake Leake height 3.6 metres. I am not sure exactly what that means, but it is an indication of the height I will look for on the BOM site.

These fish were not spooked easily. They were swimming around in bright sun in shallow water. They can be caught, and I find fishing for any fish I can see extraordinarily exciting. It doesn’t matter whether it is a leatherjacket, garfish, trout or bonefish. An old friend who passed away, John Brookes always said ‘sight fishing is the best fishing’. He was right, about that and many other things.

Bob Gardner looking for a fish. 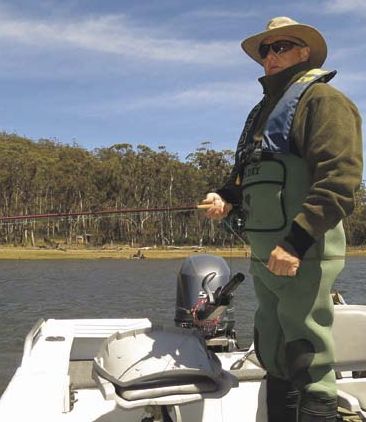 A sinking flyline shortened by a Yamaha... 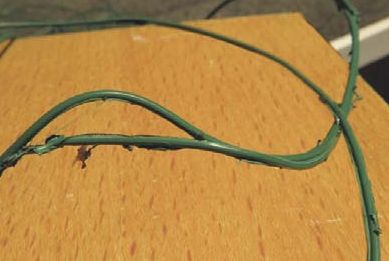